Back in the US of A

Its been a while since I’ve been able to update as internet access in the Netherlands was limited. Overall the trip was definitely a learning experience and while there were certainly some parts that could’ve gone better, I’m glad I went.

The voyage started last Tuesday when I flew from to then to , landing in Wednesday morning. I was excited to arrive in and after retrieving my luggage I was off to find train to get to Almere, the site of the race. I navigated the ticket buying process and after a bit of sign deciphering I thought I had figured out which train I needed to board. According to my ticket, the train ride was supposed to take about 40 minutes. About 20 minutes, the train made a stop and I expected it would continue on to the stop I needed, Almere Centraal. Unfortunately however, the train went back the other way, to the airport. I ended up switching trains a couple of times and finally after about 3 hours after buying my train ticket, I was in Almere Centraal. I still had to get to my condo, so I took a cab which ended up being 45 euros (~$67!) for about a 20 minute drive. Ouch.After a long day of travel I was happy to get to my room, get in a run, get some dinner, and get to bed. Aside from arriving later than expected, the only problem was that my bike hadn’t arrived. Without a working phone or internet, I wasn’t ready to try to track it down Wednesday night so I went to bed hoping it would be there Thursday morning. 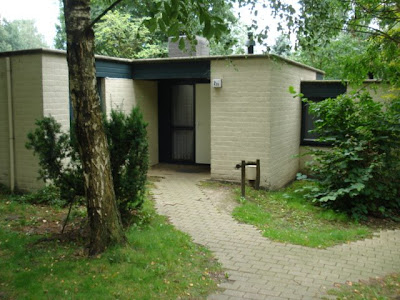 Here is a nice pic of the condo where we were staying. The resort was huge and climate and vegetation reminded me of North Carolina but without the mountains.

I was staying with Kevin Lisska, his girlfriend , and his mom, Pat, and I met the latter two Thursday morning as they had headed to on Wednesday and arrived home after I had retired. Thursday was cloudy, cool, and dreary, and after a swim at the swim course I spent the rest of the day trying to track down my bike. I finally figured out the problem: it was held up in customs. Apparently when I sent it with FedEx, it was stopped in customs because somewhere along the line it was marked as a new bike and therefore subject to duties. A FedEx representative had been calling me but it was a futile effort with my cell phone not operational. So finally I explained the bike was used and after faxing a copy of my passport and boarding pass, the bike was released. Thursday night we went into Almere for dinner with the other elites on Team and it was a great to meet and get to know the fellow team members. The dinner wasn’t great, but then we had some excellent gelato. 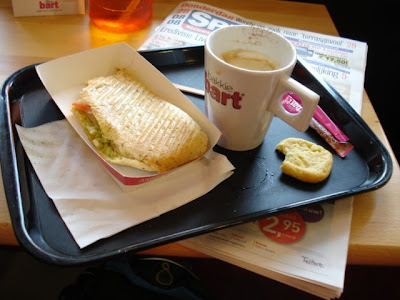 Here is lunch after the swim. A panini, cappuccino, and cookie from a cafe in Almere Stad. 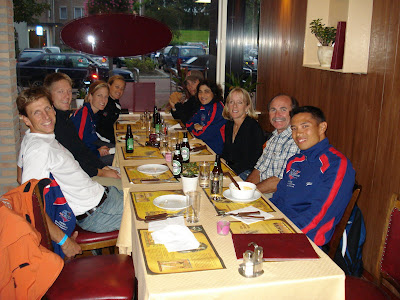 That night we had dinner with the Elite Team USA members.

We had talked about going into on Friday but with my bike still en route, I wanted to hang out at the condo. So that’s what I did. I waited and read some and waited some more. Finally at 4:45 it was time to go to the pre race athletes’ dinner and the bike still wasn’t there. I was pretty pissed. Upon arriving at the dinner it was cool to see all of the other national teams but the “opening ceremonies” were admittedly a bit lame. However, we did see a pretty cool/hilarious MJ impersonator while strolling around Almere Centraal after dinner. When we got back to the condo, my bike had finally arrived. Relieved, I immediately got to work putting it together and was glad to find it in working order once assembled. 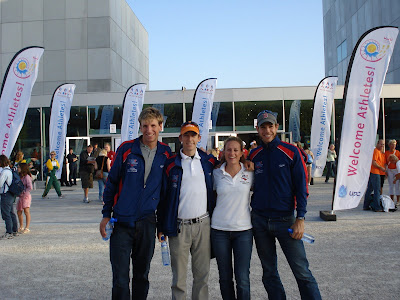 Kevin, myself, Coach Lindsay, and Chris before the meet and great athletes' dinner on Friday night. 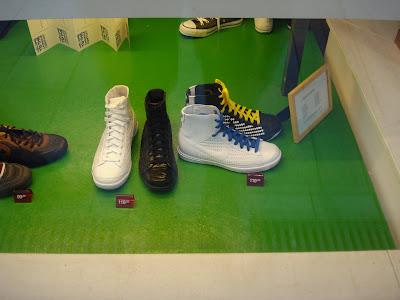 Window shopping in Almere Centraal after dinner. Check out the weave on those Nikes. Also check the price tag and remember those are Euros, people... 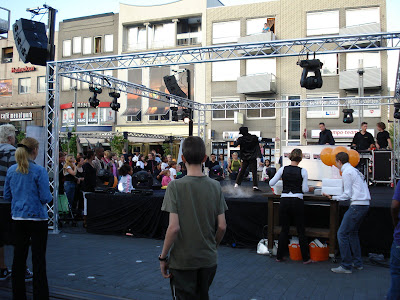 Its MJ! Apparently the Europeans still love him.


Saturday was then a fairly typical pre-race day. We (Kevin, Chris Bagg who is the other guy staying with us, and I) rode our bikes over to the race site where we had to rack them. One nice benefit of this race was that everyone got his/her own large blue plastic box to put things in. I’m not sure if this was just because this was the World Championships or if the local race directors always provided them but they were really nice. Additionally, there was plenty of room in transition which always makes things easier on race morning. The coolest part of the transition though had to be the personalized signs for the elites. After racking the bikes we got in a short swim and were ready to hop on the shuttle bus and head back to the condo to chill out. Unlike Wednesday through Friday, Saturday was sunny and much warmer, making it a very nice day. The weather was supposed to hold up through Sunday, causing us to look forward to a great day of racing. 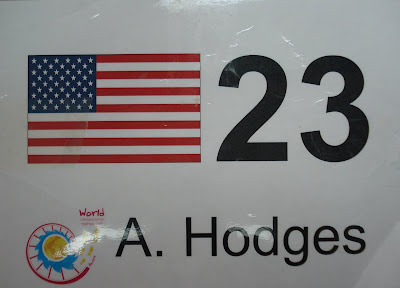 
Sunday was the race. It will be covered in a later blog entry. Sunday night Kevin, , Pat, Team USA Elite Head Coach Lindsay Hyman, and I headed into . Although Kevin and I were moving like 93 year old grandmothers, I was determined to see the city. After a brief car tour we found a parking spot somewhere near the infamous Red Light District. We walked through, saw some sights, and eventually found a café/bar for a round of drinks. I still had to pack my bike that night, so Kevin and I went with some Irish coffee. Luckily for us, the Dutch know their coffee and the drinks were great.

While I didn’t get to sight see as much as I would’ve liked, I did learn a few things about the Dutch culture.

Glad that you got to experience Euro culture and racing! Hopefully next time you visit Europe you'll get to explore a little more.

Next time when you mention MJ, specification should be in order for those of us basketball fans...

Can't wait for the race report! Oh AND can't WAIT to see ya this weekend!