It looks like its time to retire as it appears I have become too strong for my own good. Tonight as I was loving life on the trainer during a Zn4 effort, my power suddenly plummeted and my RPMs shot up. After some inspection, it became apparent that I had broken my trainer. I have no idea how this is possible but it happened.

While I can't say I was all that upset about having a legitimate excuse not to finish the workout, I can say I'm not looking forward to having to purchase another one of those dreaded machines. What is there to like about having to spend money on a device which will be used solely for self torture??

Regardless of that, though, the night was not all bad. Modern Marvels was about 80s technology and it was cool to learn about some of the history behind some of the devices we take for granted today. I even picked up a couple of tidbits...

Ever wonder why a CD is 74 minutes long? As it turns out a Sony exec was a big fan of classical music and he wanted to make sure Beethoven's 9th Symphony could fit on one CD. Ergo, 74 minutes.

Another Trivial Pursuit answer: 3,333,360. That of course would be the high score in Pac-Man. 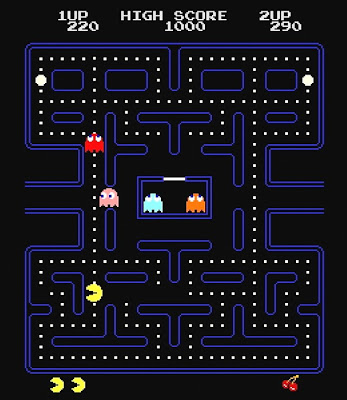 Yeah but for how much?

Last time i checked you are sponsored by a number of wisconsin based companies... one of whom makes a pretty nice trainer. :)

"nice" might be the wrong adjective.... from what i've heard Andrew say, his trainer is never nice to him :P