So this is a little overdue, but here are some pics from my weekend in Charlottesville for my MS thesis defense. For those who dont know, I had to move to Huntsville to start my job at NASA's Mashall Space Flight Center before I was able to actually defend my thesis. So, a couple of weeks ago I headed back up there to finish things off. Naturally then the night of the defense called for a bit of a celebration. The night started off with some pizza and brews at the Mellow Mushroom. 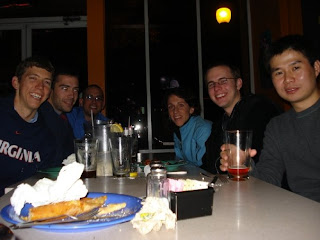 It was still (relatively) early after dinner so Wenbo, Brendan and I decided to find somewhere on the corner to get some drinks. On the way we noticed it was karaoke night at Baja Bean and realized we couldnt possibly pass that up.
So into Baja for some pitchers of Dos Equis. Then, what began as a relatively subdued evening 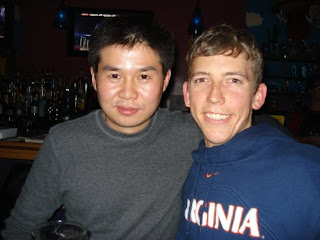 quickly digressed, culminating with Bendan and I screaming out "Dont Stop Believin" in performance which mustve been abhorent to witness. 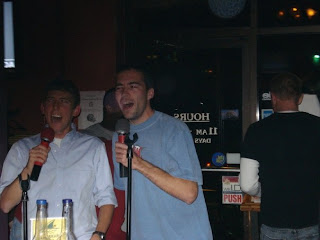 All in all it was a nice celebration and fun to be back in Charlottesville. Of course the next morning was loads of fun as I got up early for one last swim with Chris and BRO. 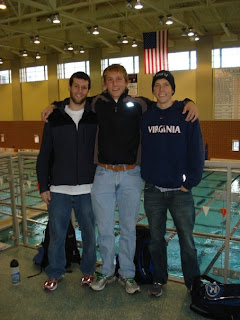 Nothing like and hour in the over clorinated AFC pool to get over the beer alcohol consumption from the night before.
Posted by Andrew at 8:47 AM