I’m not sure either but I’ll try to shed some light on it...

Augusta, GA- At 7:28 without the luxury of a warm up we, the male pros, were lined up on a floating dock in preparation for our 7:30 start time. The horn sounded and we all dove head first into the water, even Mike C.

I’ve been working on my start so I was encouraged to seemingly still be in the thick of things after the first minute. So while in the thick of things, I got knocked pretty good in the side of my head a couple of minutes later. Luckily the punch landed squarely on the side of my skull, keeping my goggles perfectly intact. Finally, about halfway through I moved around Victor Z and settled into what appeared to be a reasonable sized group. I wasn’t sure how far ahead the leaders were but I wasn’t going to be able to pass this group so my goal was to hang in for the rest of the swim.

Coming out of the water, I noticed some seriously fast swimmers in transition and was pleased to be finishing the swim in the same ballpark as them. Before I could get out onto the bike, however, I had to get my AquaSphere speedsuit off. As Tim Hola mentioned, this thing is fast. I’ve raced in it a couple of times and had no trouble getting it unzipped but for some reason this time it just wouldn’t come undone. Luckily, however, teammate James Cotter was running up the chute with me and gave me a hand. That was HUGE… thanks James! With the speedsuit off, I was in and out of transition and ready for the bike.

As I started the ride, I was ready for people to catch me (thanks to the good swim) and was hopeful I’d be able to stay with them because 56 miles by yourself just isn’t too much fun. However, as people and small groups started catching me, I felt like I was in a Pinto while everyone else was driving a Porsche. Eventually I just had to settle down and ride my race. I always remember that my HSCC coach used to harp on the fact that that you couldn’t control what other people are doing. So I tried to focus on my own race and ride hard. This, however, was really frustrating because even though the speed wasnt there, my PowerTap was telling me I was having a very solid ride. Unfortunately though, excuses are worth about as much as the change in my pocket and awards are not given out based on power numbers (good thing, too!).

So after exiting the swim in 11th, I found myself 17th on my way into T2. Sarah, meanwhile, was wondering what the hell took me so long.

Finally I was out on the run. No equipment to worry about here… just put on the shoes and GO! After the disappointing ride, I was hoping to at least salvage a decent finish with a fast run. The first mile came and went in just under 5:50 and after that I started cranking, holding right in the 5:40-5:45 range. I felt solid the whole time, even when it started heating up, and had enough left to catch a couple of guys in the last mile and finish 13th overall. Full results can be found here.

So yeah, good swim, good run, need to find WTF happened with the bike. But enough about the race. What is more important is the food on the way home! A couple of weeks ago, Hola, after dominating the LC National Championship, had a burger on the way home for me. While I appreciate the gesture, if you're going to get a burger, get a burger. So rather than settling for this at McDonalds: 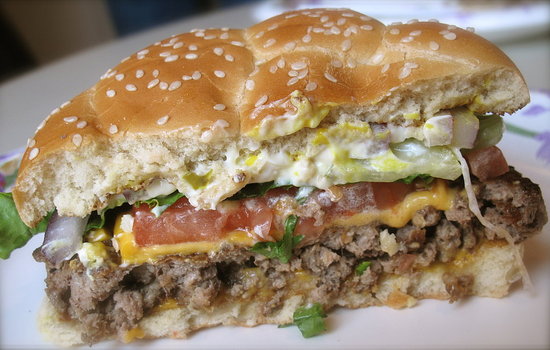 we went for the Flip Burger Boutique in Atlanta. I had bacon cheeseburger: 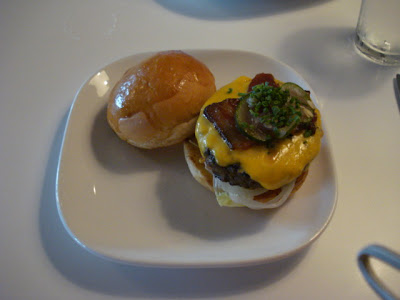 while Sarah had the crab cake: 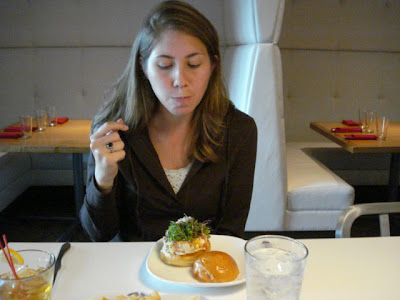 Oh, and we split an order of vodka battered onion rings and an order of butternut squash fingers: 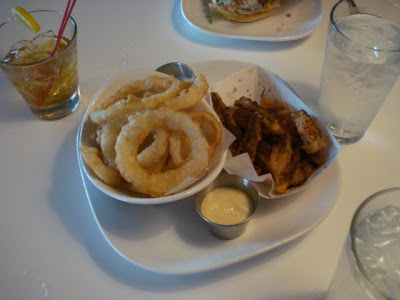 Finally though, to top it all off... 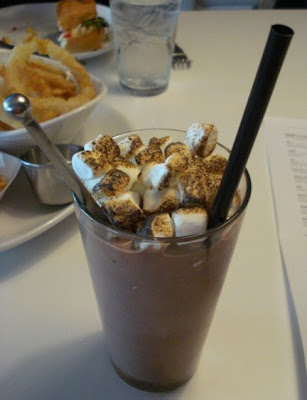 Ah... Southerners and their food...

Nice race, too bad about the tricycle ride...