Marketing campaigns and corporate slogans are often cheesy, but sometimes they can be really effective. The best can connect with a large audience by touching them on a very personal level. So what does marketing have to do with my 2014? As I was trying to come up with a theme for the year, I kept coming back to one slogan, "Just Do It". 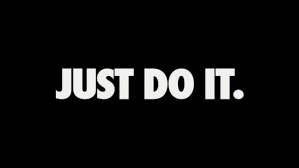 The seminal Nike slogan which turned 25 last summer embodies my outlook on racing and training this year. Specifically, rather than limiting events and workouts only to those which will explicitly help improve my triathlon performance as I would've done in years past, I'm planning out branching out in order to seek out new and different experiences. This may lead to an EPIC FAIL in some races, but thats OK, as long as I'm having fun with friends along the way.

So, to get the year started off right, I had my first "Just Do It" experience yesterday. The week before last I was informed our Masters swim group at the Huntsville Swim Association was going to do the USMS 1h Postal on the morning of Saturday the 18th. Normally I would've said, "No thanks" because the all out 1h effort would've left me pretty worn out and would've been detrimental to my ride later in the day. But as I found out most of the faster swimmers in town were going to participate, I realized this was the perfect opportunity to Just Do It. Who cares if I'd only been back in the pool for a couple of weeks? Regardless of outcome, it would be an awesome experience with friends.

So going into the swim, I was hoping to swim 1:15/100 which would give me 4800 yards in an hour. I thought this was a relatively conservative goal, but given my lack of training wasn't totally sure of my fitness. I was also hoping the company would give me a little motivation to race, making me push a little harder.

So the plan for Saturday was to get the pool a little after 5 for a 5:30 start. However we got in a little late, so I was only able to do a 600yd warm up. At the start I quickly settled into a rhythm and was surprised how good I felt. I was checking my splits every 400yds, and I was happy to see ~4:50 per 400, meaning I was ahead of pace. Still, Brandon, the guy I swim with, got off to a pretty solid start and probably built up about a 50yd lead over the first 500. He usually beats me in workouts, though, so I was trying not to worry too much about him.

Continuing on, all of the sudden I noticed he was starting to falter a bit, and soon enough I was catching him. Somewhere towards the end of the second thousand, I made the pass and made sure to pick of the pace just a bit, topbut some added pressure on him. Sure enough, he broke and I continued to pour it on with no one else around. At this point I was leading and was just focusing on maintaining pace. As much as I could tell I was doing a pretty good job maintaining pace and Brandon was no where to be seen. This was great until the second half of the 4th thousand (when I was in the 70s for number of laps) at which point things started hurting and I felt like I started to lose focus a bit. Finally I got to 80 laps down, realized I had knocked out 4k and therefore only had at most 1k left. At that point I knew I was going to make 4800 so I started wondering how close I'd get to 5000. After passing lap 90, I knew I had to pick it up if I wanted to have any chance of getting there. Before the race we were told we'd see a red paddle at ~5min to go. So, after I passed 93 laps and still hadn't seen the red paddle, I thought I had a pretty good shot. I continued to press, and hit the wall at 98 down thinking I just needed to sprint the last 100 to get to 5000. Alas, as I headed to the wall to start my last lap, I was told time was up.

All in all, defintiely a fun morning, and a good story to share with friends. The best part was the Oatmeal Creme Pie I had waiting for me at the finish! (Guilty pleasure... dont judge!)