Up until Saturday I still wasnt sure if I was going to race on Sunday. I had signed up late for this one mainly because my buddy Philip was driving up from Birmingham and coming out of retirement for the occasion, but suddenly I realized that maybe that wasnt the best reason to enter an Olympic distance triathlon. And then there were the races the previous two weekends which, although I won, felt a lot harder than they needed to. In the end though, I had made a commitment to the race director, Mike Gerrity, so I figured I give it a shot. Worst case it would give me some good practice swimming in the Tennessee River for the upcoming Hobbs Island 5 mile swim.

For the last couple of years Mike, after some prodding from me, introduced an "open" wave. This allows anyone who actually wants to race for the overall win to start first in a mass start. Needless to say, this is so much better than the nonsense time trial starts most "races" around here employ. This year there were eight in the wave. Small, but probably sufficient to tease out the winner. They included the usual suspects like Dr. John Krichev and Bruce "The Legend" Gennari, as well as a few out of towners like Nick Vandam. There were also plenty of potentially dangerous college kids.

For the swim, though, most of this didnt matter. I knew there was one place I needed to be - on Bruce's (huge) feet. My strategy for the race was simple - stay with Bruce as long as possible in the swim, ride my Speed Concept as hard as I could, and then hold on for dear life on the run. I figured if I could come off the bike with a lead, no one would notice my lack of run fitness.

When the gun went off, I took off as well. Pretty soon Bruce began to ease away and I found myself fighting Nick for his feet. Soon though it seemed Nick fell back and I was in prime location. I was swimming fast for sure, but thankfully not losing any ground. By the first buoy at ~500 yds, I could tell we had a gap on the field. I successfully stayed with Bruce through the second turn as well, and from then on I just kept my head down and stayed focused. Bruce is a BOSS and even swimming behind him is difficult. But, I knew it would be worth it because if it was hard for me to draft I knew no one else would be close.

Out of the water it was mission accomplished - I was right on Bruce's heels. [Swim time: 18:42] Through transition he still had a bit of a gap, but once we were riding I got my shoes on a little quicker than him and pushed ahead. I figured he'd hang with me, if not pass and pull away. But, neither happened. A quick check back when we were around 5 miles in showed that a pretty nice gap had actually formed. More importantly, I still couldnt see anyone else. Continuing to push, I wanted to have as big a lead as possible by the turn around at around mile 14.

At the turn around life was good. By my calculations I had a 3+ min lead on Bruce and Dr. Krichev who had almost caught Bruce. From there I wanted to keep pressing to exploit my super fast Speed Concept and not have to worry about racing anyone on the run. In years past this much of a lead wouldve meant the race was over, but I knew my run wouldnt be up to par, so I wanted to make sure I still had a cushion off the bike. And, I had no idea how far back out of the water the others started. 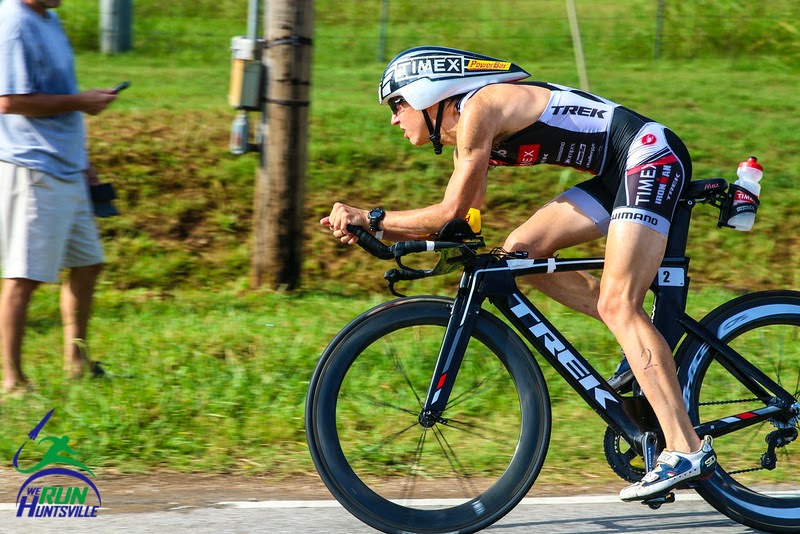 Off the bike, I knew I had a nice lead, but had no idea how much. I did feel good that I didnt even hear anyone coming into transition after I had left, but I knew I'd be in for a painful run. First mile: 6:10. Even over trails and a slimy boardwalk, this was pretty bad. The course only got worse from there so I just stopped looking at my watch. This run was a total sufferfest, for sure, as there were parts on hilly pothole-filled, gravel covered dirt roads where I really wasnt even sure if I was moving forward. But, everyone had to run the same course, so I got into half-IM survival mode and just kept moving forward. 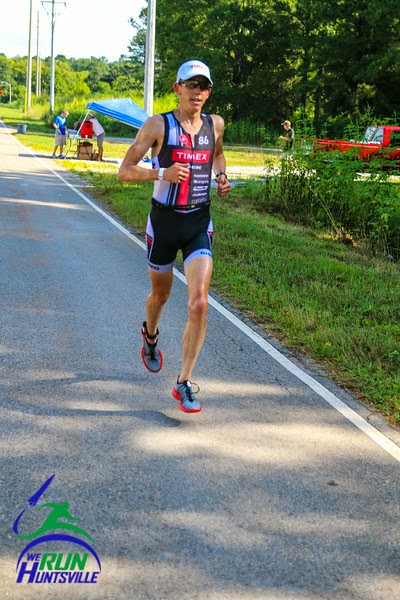 FINALLY we were out on some actual asphalt and I felt like I was almost running. The big test, I knew, would come at the turnaround at mile 4, as I'd be able to get a time split. Immediately after the turn, I saw a group running towards me and started to freak. Thankfully though it wasnt fellow racers - just a group of friends running along the course to cheer. Whew! Finally I saw the Good Doctor and he was over 4min back. Although I wasnt running fast I knew that with less than 2 miles to go there was no way he'd be able to make up that gap as long as I kept moving forward. 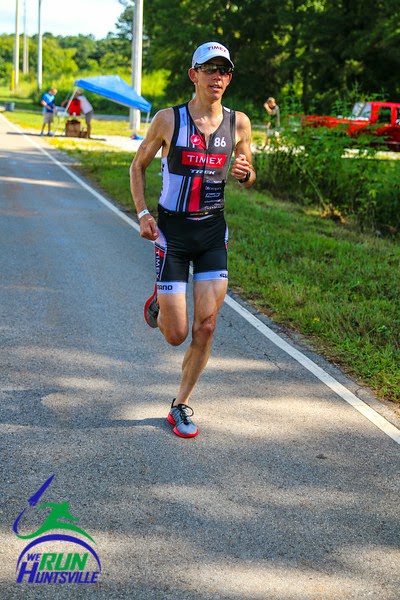 One more trip over the treacherous road, and I was finally heading towards the finish.

In the end I had the 2nd fastest swim, 2nd fastest bike, and fastest run, and even snuck under 2h at 1:58:30. Results here. I was totally wrecked after the race, but that was just due to the lack of training and honest effort on race day. So yeah, I guess it was a good thing I didnt just sleep in, after all...